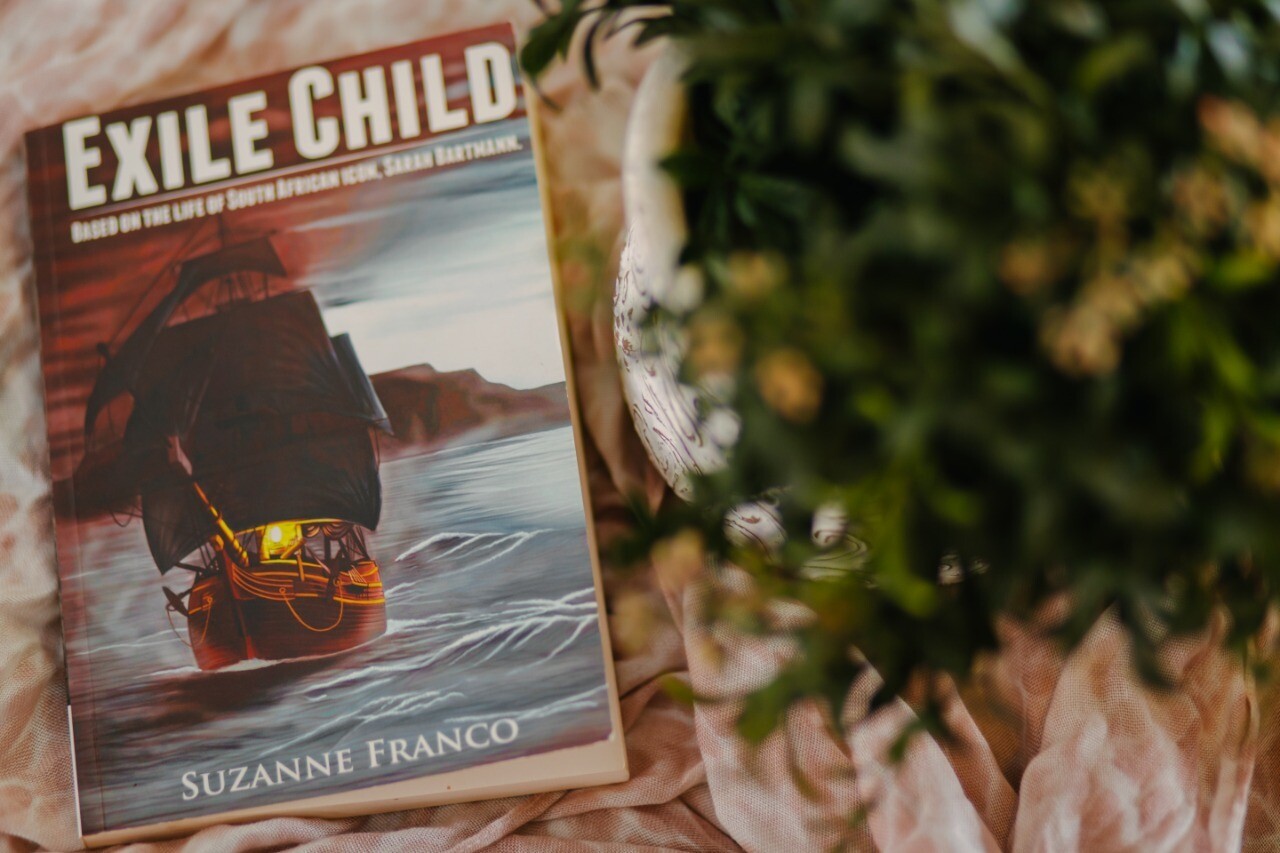 Torn from her South African tribe by Dutch settlers, sold as a slave, trapped in a world of debauchery and trickery, humiliated whilst living in early 19th century London and Paris, Sarah Bartmann clings desperately to her beliefs, and to the memories of her native land.

Exile Child is more than just her story. It is a tale of hope, of courage beyond human endurance, of the power of the human spirit, of a young woman who refuses to give in to the alien world into which she has been so violently thrust.

Exile Child is a historically correct and compassionate portrayal of one of South Africa’s most tragic heroines This story gives an insight into the hopes and dreams of this Sarah Bartmann, who through past centuries has come to symbolise both the dispossession of Africans and the reinstatement of women’s dignity.

This flesh and blood portrayal of Sarah Bartmann is in direct contrast to the caricature presented as “The Hottentot Venus,” that has been characterised by Western society for many centuries and this book follows Sarah’s final journey back to her homeland in 2002.

Exile Child has received numerous favourable reviews from major newspapers, magazines and television reviews and is available online as well as in bookstores.

Save this product for later
Display prices in: ZAR